The exploration of water, has become of interest for me firstly, from exploring it via the restriction of 'landscape and Seascapes during my illustration and painting units, however in the past few week it has become even more prevalent to me after the death of my mother.

Water has this amazing ability to be so calm in appearance yet have the ability to take someones life in the blink of an eye.

I started looking at David Hockney, as for me, when I think of water-inspired art, particularly still, and undisturbed by natural elements I think of his paintings of swimming pools. An important contributor to the pop art movement of the 1960s, he is considered one of the most influential British artists of the 20th century.

These pieces of unnatural clear, still waters are so simply it effectively represented with the use of a beautiful almost lightning looking pattern on water surface, which is an accurate representation of how the light hits the water surface in a pool. I wanted to have a go! 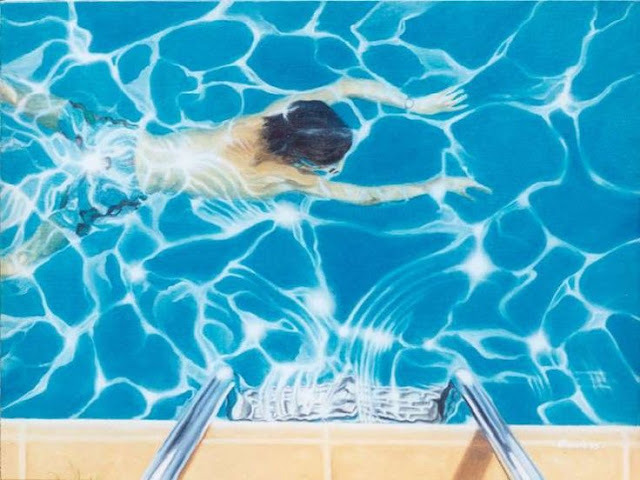 So my first attempt was to try a little section of the water pattern. So I snipped a section, deciding to ignore the hands. 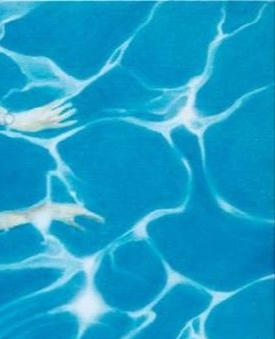 I started with confidence on acrylic paper with some Cerulean blue, creating an opaque base. Then I started painting the pattern over the top. All I can say is this turned out terribly and it put my unwarranted confidence to a peep... 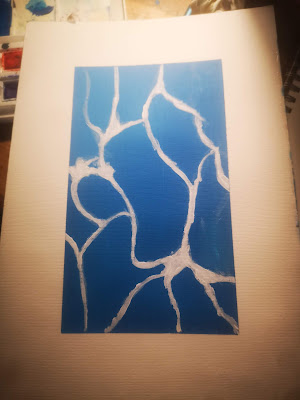 Now you've had a good laugh looking at that you will be happy to know that I was undeterred. I wanted to create that same illusion... But how??

And then it came to me! Cling film! I remembered years ago doing this and it having the same kind of effect! So I decided this is what I was going to do.

Again too me a million tries as I couldn't for the life or me remember the best way to do it. I pissed around with watercolours, different bases, canvas, watercolour paper, sketchbook paper, acrylic paper and FINALLY GOT IT! 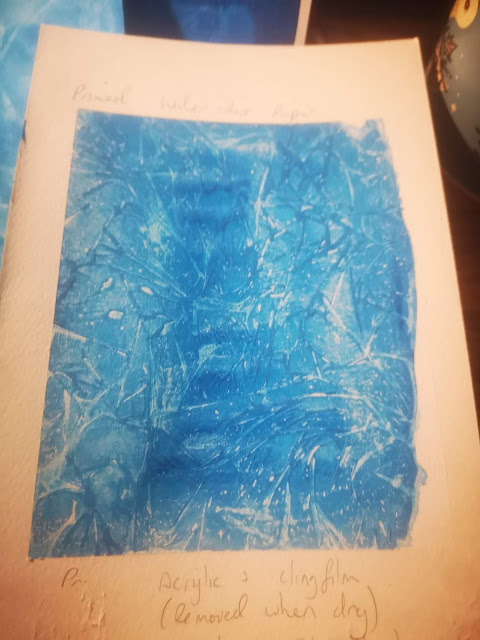 This little sample was made using watercolour paper but the key I found out was priming the surface first, with acrylic, and then doing a wash of very translucent acrylic in my chose  Colour. Then applying the cling film and letting it dry COMPLETELY.

then I got really excited by this and decided to do a full page in my sketchbook (primed first). 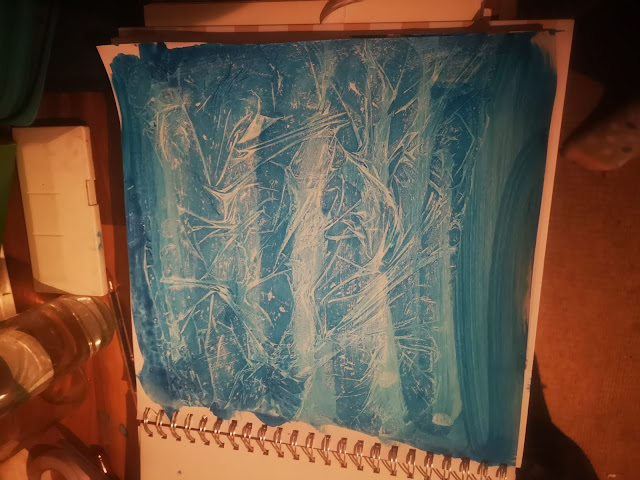 I see so much potential in This because my rough wash underneath this texture is pretty much unaltered. So I could create a painting of my choice under this texture and it appears almost like another layer over it, like the clingfilm hasn't been removed.

I'm so happy I did this tonight. It's so satisfying when things start going right.

As you might guess I feel like my last bunch of units will all fall under this same theme.

The world according to hambone